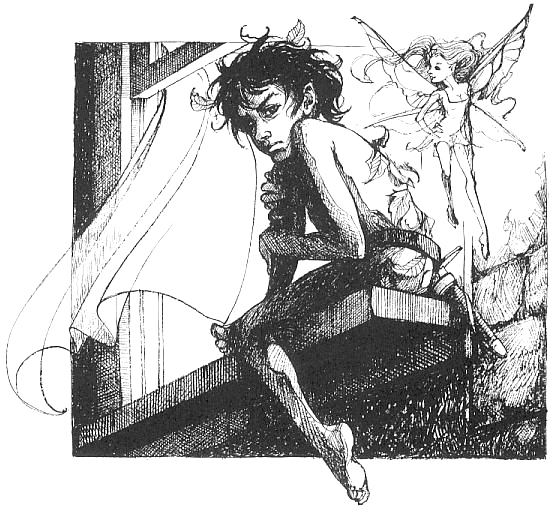 After a recent conversation with C, where he explained that basically he’s a 12 year old boy at heart (and I can confirm this over and over in our marriage), I’ve assembled some thoughts on the topic that I want to share here FWIW.

And of course, I’m going to tie it to alcohol.

C started drinking around age 14 and really hasn’t stopped at any point in his adult life. Without revealing personal details, he has had his share of negative life experiences through his adult years, and at every point the response has generally been to drink rather than to process the events in a healthy productive way. Maybe I’m jumping to conclusions given my state of mind about alcohol, but I wonder if he isn’t 100% correct about his emotional age – with an arrested emotional development around age 14, that explains a lot.

And his job of 20 years, which is essentially that of Peter Pan – managing a team of on-air jocks at a rock radio station, and then entertaining the masses on his own morning drive show (primary aimed at the 18-45 male crowd who listen to classic & new rock), one can only imagine has further ingrained the idea that it’s 100% OK to be like this. In fact, it’s an asset in this environment where emotional maturity is seen as weakness, and machismo is alive and well.

This wasn’t the first time he’s brought up that 12-year-old comment, and it’s usually mentioned with a bit of a “well aren’t I cute” chuckle, in relation to some low-brow joke or insecurity about how to handle the complexities of women.

I wonder how many men deal with similar issues in their emotional development. Emotional intelligence is proven to be encouraged more in girls than in boys during the formative years, and adding alcohol or drugs as an escape from the tough-to-deal-with emotions of life experiences certainly doesn’t help. But for those of us who have a natural tendency to avoid conflict (internally and externally), it provides a convenient, and in the case of alcohol, socially acceptable, way of handling the slings & arrows of life.

All that being said, in my understanding (still limited of course, given that all of this is just an assumption) of the situation with C, I am slowly, slowly coming to a place of acceptance and even empathy. Which, in the end regardless of whether I’m right or wrong about this way of framing the situation, is helping both of us.

Look at that – I’m processing!