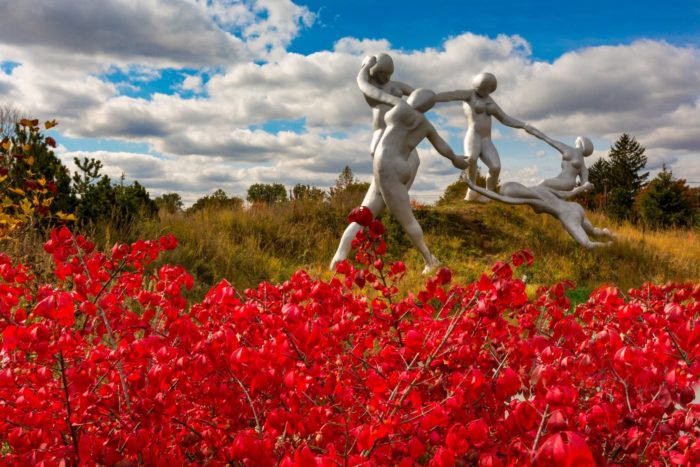 In spite of a looming head cold, we fit in a trip to Grounds for Sculpture today – as well as a bike ride and lots of outdoor backyard fun. It was a blast – and now I’m exhausted.

Coming in from the 45-degree weather just now, the warm house filled with afternoon sunshine and mouth-watering smells of C making dinner, I’m filled with gratitude. It’s not perfect, at all, but it’s just right, right now.

C had a bottle nice red open and breathing on the counter, and in the past, I would have added that pleasure to the rest of the afternoon’s perfection. In the moment, it would have been magical, adding it’s own warm, blurry glow.

But – it would have meant that I wouldn’t go to yoga tonight, or worked on a painting I’m trying to finish, or read a few chapters in the book club book due tomorrow (in fact, I wouldn’t have even been part of a book club before – because staying sober enough to meet on a Friday night would have been out of the question)… and after the afternoon glow had worn off, I would have been chasing a buzz through boy’s bedtime routine, just wanting it all to be over, impatient and edgy with them until I could close their door and get back to the real drinking. And all of this with a cold, so tomorrow would have been even worse – a hangover on top of the headache, sour throat, stuffy nose.

So, I guess I’m walking myself through it and out the other side – into reality.

What a better reality tonight is and will be, without the booze.

I’m starting to annoy myself with these postscripts, so I’m just going to weave my grateful thoughts into the posts themselves.